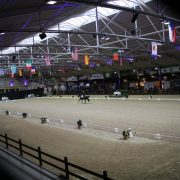 This coming weekend Azelhof in Lier will be entirely dedicated to international dressage.  From March second to March fifth the jumps will be set aside and a dressage arena will be set out in Belgium’s largest indoor arena. The programme includes classes at three-star level as well as classes for young people. Ponies, juniors, young riders and U25 will all be given the chance to compete.

In the three-star competition a number of top names are competing. For our country the Olympic combination Jorinde Verwimp and Tiamo as well as Belgian Champion Jeroen Devroe with Eres DL are taking part. Laurence Roos, the successful U25-rider who recently made the move to seniors, will also compete with Fil Rouge.

CDI Lier is also attracting attention abroad as several well-known foreign names will be competing.  French rider Marie Emilie Bretenoux will bring her Quartz of Jazz to Azelhof. Our northerly neighbours are also sending a whole delegation. We will see Adelinde Cornelissen at work in the Big Tour with Aqiedo. Marieke van der Putten is also coming to Lier with Ambria.

The youth competition will also be very interesting, with top combinations from Belgium and abroad. 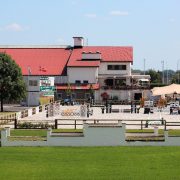 The last two years Azelhof in Lier was the home base for the international CDI3* Lier. This year the organisation has been taken over by Mike Hazebroek and dressage legend, Wim Verwimp.

From 2nd to 6th March international riders from our own country, such as Jorinde Verwimp, will compete against an international top line-up.  Madeleine Witte-Vrees and Adelinde Cornelissen from the Netherlands, for example, have already confirmed their participation.

Top riders as well as young riders will be given the necessary attention in the packed programme of this CDI-competiton.

Equnews is this year once again the exclusive media partner of this event. They will provide a LIVE commentary, with the aim of giving dressage sport the necessary attention.